Belloy Geosteering are equipped to do high resolution photographic grain size analysis on site or post well using representative 100 grain
counts for each sample. A distribution is graphically calculated and presented for each sample including mean, standard deviation, variance
and variance coefficient along with a high resolution photograph and the raw measurements. 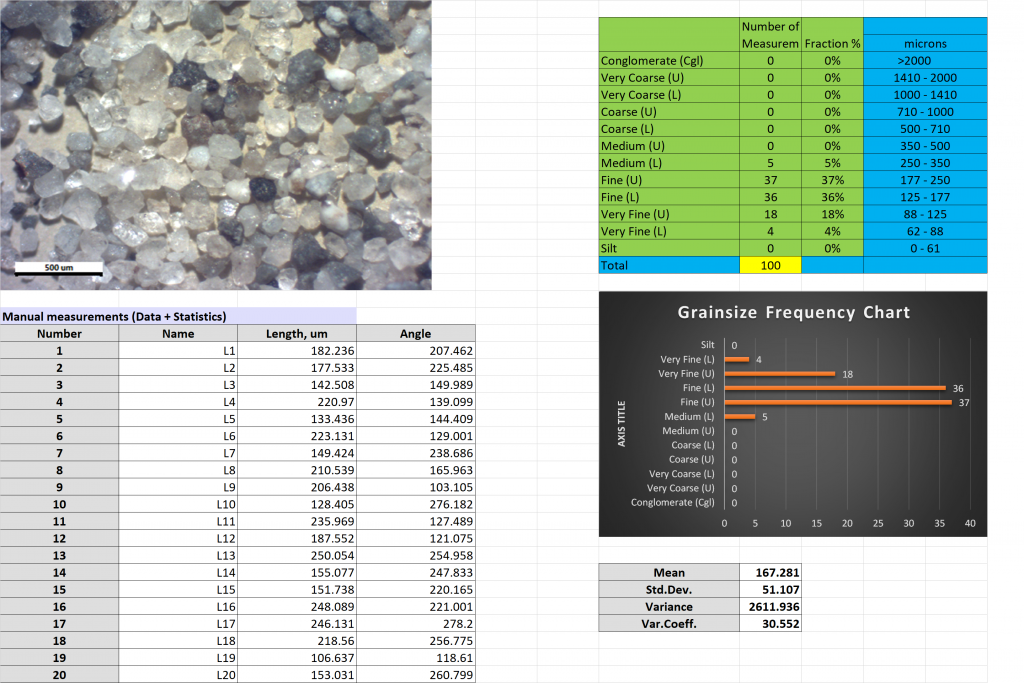 All data is plotted both per sample and for each horizontal leg displaying the grain size distribution along the entire length of the wellbore.
Sieve analysis reports have been directly compared to the high resolution photographic grain size work and results are extremely accurate.

This new technology is faster to acquire, can be done at much higher frequency (increased resolution), with results shortly after the well has
reached total depth for a fraction of the cost. 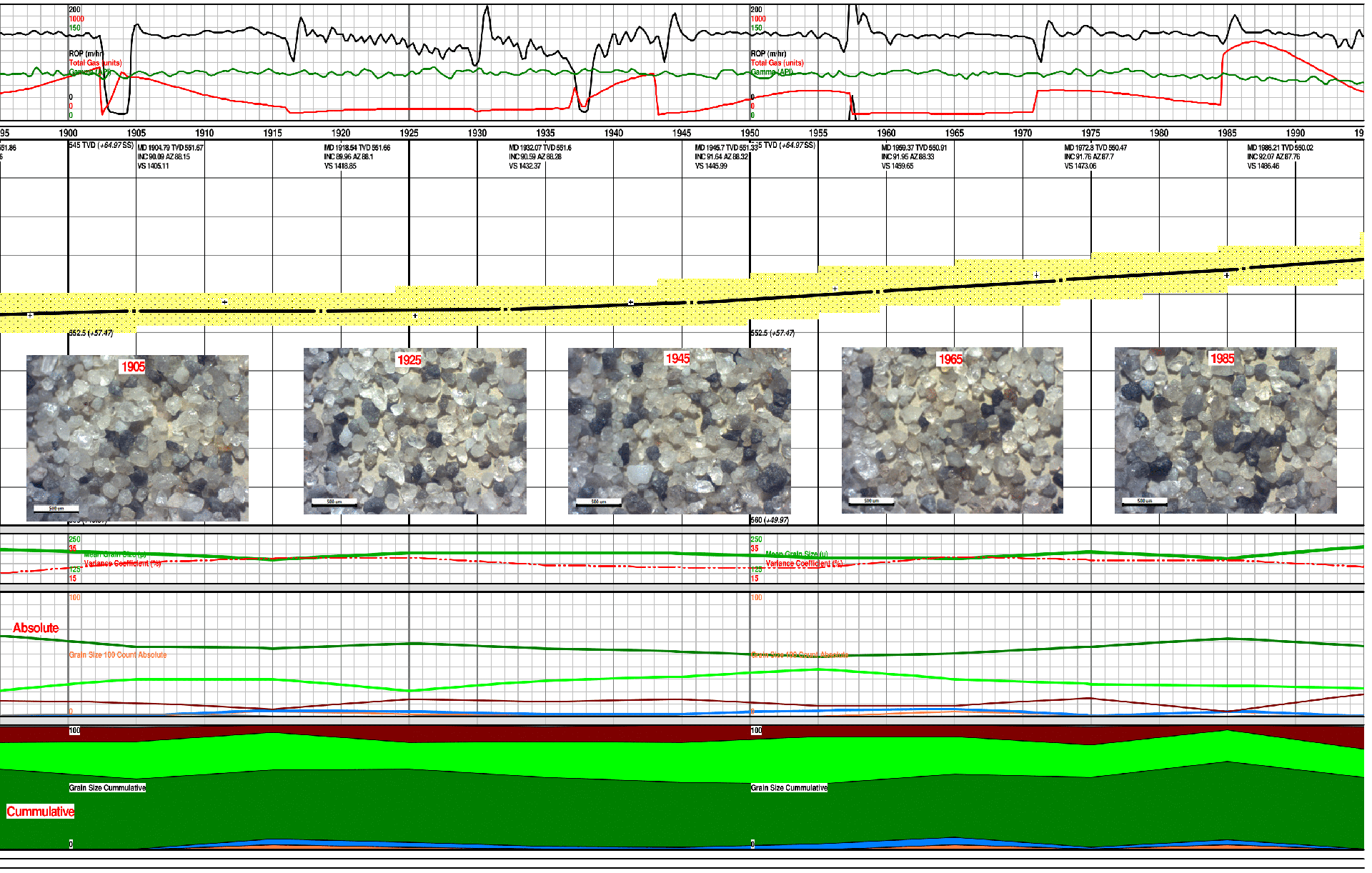 Chemostrat In Association With Belloy Geosteering 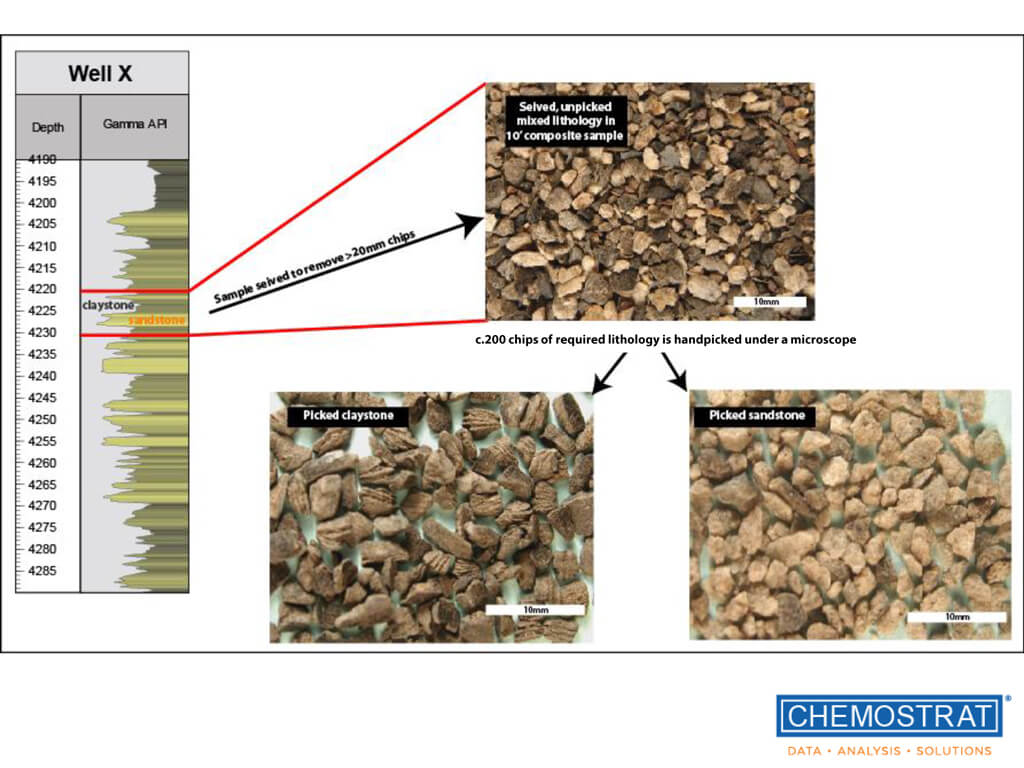 Belloy Geosteering can provide fast turnaround elemental, mineralogical, magnetics and TOC data in the lab, in the corestore or at wellsite for geosteering, correlation, reservoir quality and completion optimization.

Chemostrat is the world leader in chemostratigraphy and provides high quality stratigraphic services and reservoir evaluations around the globe. The company is now at the forefront of a new revolution by creating a multidisciplinary service matrix that incorporates a range of traditional and state of the art analytical and interpretative techniques that can be tailored to tackle a wide range of geological challenges focusing on providing cost effective and workable wellsite geology solutions for our clients.

Below is a summary of Chemostrat’s extensive experience. 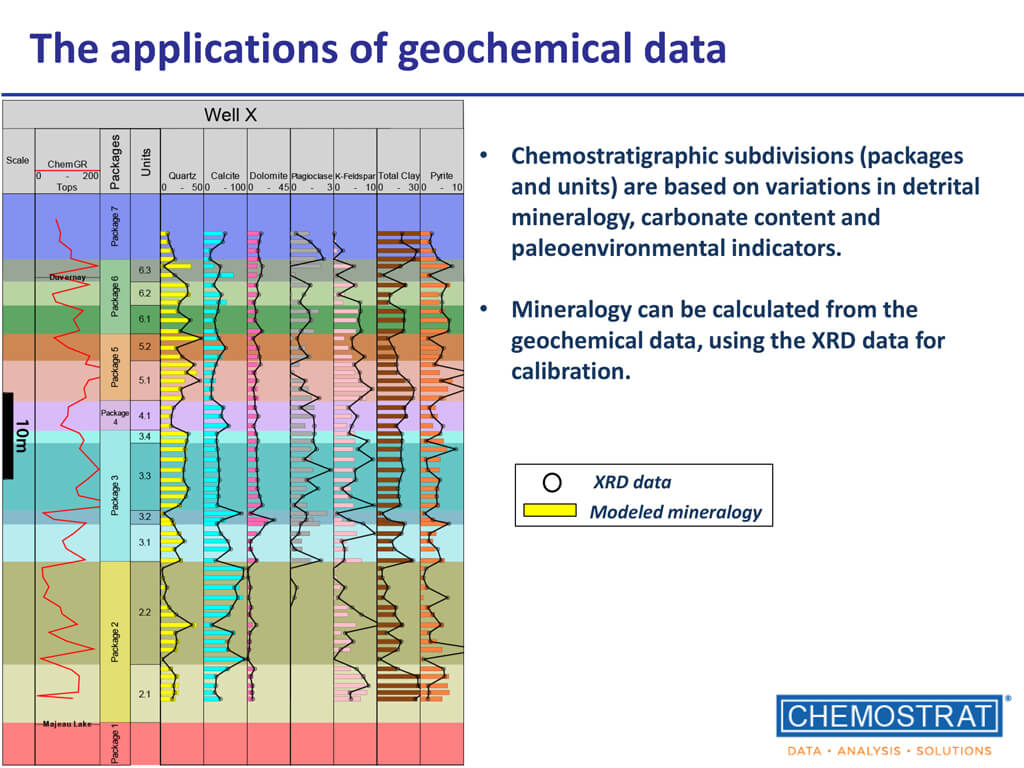 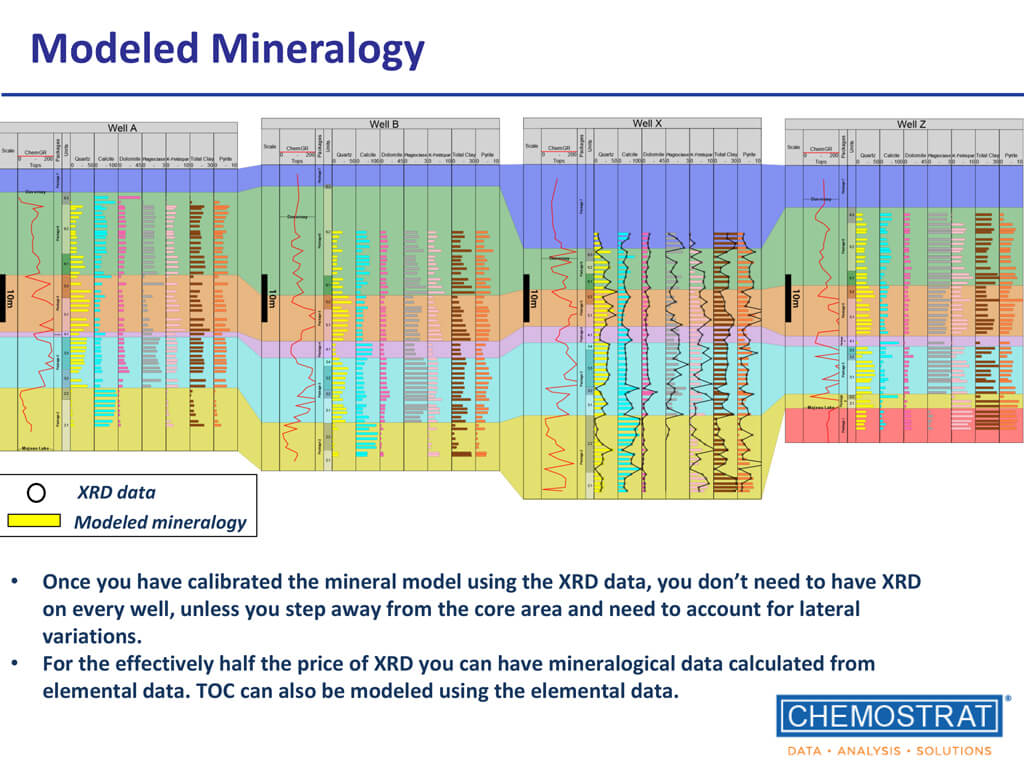 Chemostratigraphy (or chemical stratigraphy) is a technique used to correlate sedimentary successions based on subtle changes in concentrations of key major, trace, and rare earth elements. Recent technological advances now enable determination of selected major and trace element concentrations from cuttings at a well site within minutes of the samples arriving at the surface. Comparison of the data obtained while drilling to information from previously drilled offset wells increases confidence in stratigraphic location of the bit. Once a stratigraphic geochemical characterisation is defined, it becomes possible to track a borehole while drilling subsequent wells. Chemostratigraphy also allows a real-time correlation framework to be constantly updated.

Once a vertical chemostratigraphic framework has been created, it is then possible to determine exactly which parts of the formation subsequent horizontal wells have penetrated. These data can be acquired in real-time at well site and used as a geosteering tool, or they can be acquired within a matter of days between drilling and completions operations to allow for any changes to be made to the completions program in light of mineralogy changes that may influence the fracturing fluids used or stages that can be omitted.